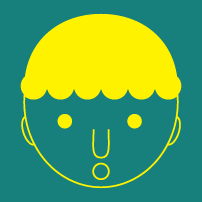 After our heater stopped working altogether last winter, we realized that it might be time to consult with a professional. We called a family friend who is also an HVAC contractor and he came out right away to see what he could do. After taking a look at things, he told us that our vents were almost completely blocked with dust and dirt. He recommended a vent cleaning company to come out and help, and they removed loads of debris the next day with specialized suction tools. After that, our HVAC system ran almost perfectly. This blog is all about the importance of keeping your HVAC system free, clear, and functional.

A furnace is a key appliance in many homes, provid …

Catching furnace repairs right away can be much be …

Oil spills around your home can cause environmental damage, especially if the oil reaches a waterway where it's hard to contain. Because the contamination can spread and do significant damage, many states have laws that make the property owner liable for the cost of cleaning up oil spills, regardless of who was at fault. Therefore, it's important to be proactive in preventing oil spills around your property if you use oil for heat. Here are some important ways to keep this from happening.

Many accidents happen when the delivery driver uses the wrong fill pipe. While it sounds unlikely, a driver may pump oil into an old fill pipe that's no longer attached to a tank or even into pipes attached to outbuildings. Your longtime driver may have known every location of every pipe on his or her route, but if you switch suppliers or the drivers switch routes, the new driver may not know. Paperwork and recordkeeping errors happen, and it's possible that your pipe location could be incorrectly noted in your file.  You can significantly reduce confusion – and errors – by meeting your driver when they make the first delivery of the season and identifying the correct pipe. If this is impossible, you can hang a brightly colored tag from the pipe or use an easy-to-see stake. Mark the tag or stake clearly in paint or permanent marker, and include the date so the driver knows the information is current.

While drivers sometimes make errors, homeowners also do things that can lead to accidents by needlessly confusing or misleading delivery personnel. Fill pipes and vent pipes look remarkably similar, and other household pipes such as septic vents can look like oil pipes. This is especially true when the tank is underground and the pipes are not leading to the house. Fill pipes should have caps that are clearly labeled "oil." However, these caps can get dirty or corrode, making them hard to read. Replace worn or corroded caps so that the fill pipe is clearly identifiable, especially if there are other pipes nearby. Also, never use an oil pipe cap to cover any other pipe. While you may know which pipe is which, it's far too easy for someone else to pour oil into the wrong pipe when it's mislabeled.

Heating oil tank failure can also cause major spills both indoors and outdoors. While indoor spills can be easier to contain, they can still affect the environment if oil gets into the sump pump hole. Always investigate signs of leaks such as an unusually strong oil odor or a visible oil sheen anywhere around the tank.

Fuel oil spills can be disastrous and expensive to deal with, but most can be prevented by being proactive. Make things easier for your oil delivery company by making sure they know where the fill pipe is, and don't make things needlessly confusing. Inspect your above-ground tank regularly, especially if it's older or showing signs of corrosion. If you have an underground tank, you may need to have the surrounding soil tested to see if the tank is leaking. Preventing spills is easier and cheaper than cleaning them up, so be sure to communicate with your supplier about the location of the fill pipe and have them inspect your tank regularly. For more tips, contact a company like Olympic Energy LLC.